Leaving are ya? Safe travels...

I'll admit that I was a bit shocked when I heard the news that Notre Dame was leaving the BIG EAST conference. Yanking out powerful teams in women's basketball, soccer, volleyball, softball and swimming/diving is never good...but these are areas I will get into in my Friday column over at CARDINAL COUPLE.

(If you haven't been there, here's a link below)

Here at this site, I will talk about the overall picture that Notre Dame was, is and will be. Some may disagree with some of my assessments and statements below...and it is your right to do so. Go start a blog an counterpoint me. E-mail me or leave a comment below. Go fly a kite or learn to speak Cantonese. It's your call. 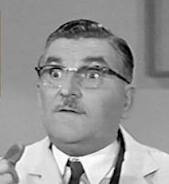 1) Notre Dame was not a football member of the BIG EAST. They won't be in the ACC either. So, basically...they're a part-time employee. Football is the economic engine that drives conference and universities' sports programs. Football has caused most of all the conference re-alignment drama that has transpired over the last several years. Notre Dame refuses to share their Twix bar with the other kids on the block. A cash-rich, tradition rich program that is no longer one of the power-houses of college football or relevant in any national championship discussions. The "Floyd the Barber" of the Mayberry R.F.D. football landscape.

2) Notre Dame has a better women's basketball team than men's team. The poor guys...they'd have some regular season and conference success and then flame out in BIG EAST and NCAA Tournament play. They join a ACC men's basketball conference that will be a challenge. Duke. UNC. Maryland. Syracuse. Traditional top 25 programs and esteemed coaches. A colorful history and proud tradition. Notre Dame will be the "Flounder" of the ACC 'Animal House' in men's basketball. Bring back Digger.

3) Does it really matter what conference Notre Dame is in? I heard that the BIG 10 was making similar offers to the Irish to pony up with them. The stickler was that they had to join in football also. And, there would be some great football matches in a BIG 10 Notre Dame football alignment. Imagine playing Penn State, Michigan, Ohio State each year. (Sorry, IU fans...this borders on migraine headache time for you and I apologize.) Notre Dame has agree to play a few ACC schools each year in football. Notre Dame vs. Miami, Florida State, Boston College and Virginia Tech do have some appeal. But, the independent tradition remains. It must get lonely up there in that rarefied, non-committal air. Greetings from earth below!

I doubt there will be any tearful, heartfelt goodbyes from the remaining BIG EAST members. I doubt there will be any gala bon voyage parties planned. I would like to see this concept, though. Dress up seven or eight student-athletes and have them perform this little ditty from The Sound of Music and have them perform it at the BIG EAST annual conference meeting in 2014. Link below.

Posted by Cardinal Couple at 6:03 AM