From all of us at Handicapping Heroes to All of you...

(Click the link below to hear the late, great ART CARNEY get down
with it. His classic version of The Night Before Christmas. 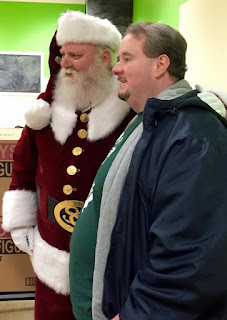 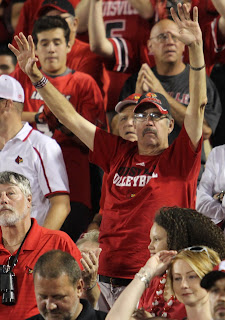 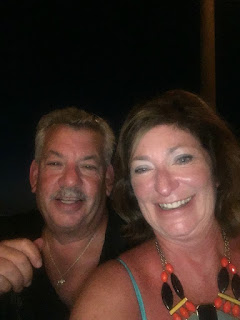 Posted by Cardinal Couple at 2:59 AM No comments:

Hi, all! I was doing some research on the opening of Santa Anita on the day after Christmas and ran across this very interesting article on tips for betting Santa Anita. We can all use handicapping help, let's face it, so read and see if these tips would be helpful to you . Enjoy!!


The downhill turf course at Santa Anita is about as unique of a configuration as you will find in the States.
It is important to remember that using the form from turf sprints at Del Mar or outside of the region can be dangerous. Most of those races are at shorter distances and require much less stamina to get to the wire first.
Also, post-positions in these events play a much greater role than in most races. Horses that draw inside, especially along the rail, are at a distinct disadvantage going down the hill. If you can make a clear lead from the inside or if it is a small field than perhaps it can work out okay, but most of the races involve full fields and horses that draw outside with tactical speed often get the best trip.
Finding horses that have already shown form down the hill is highly recommended. If runners have yet to try the hill, I recommend landing on those that are cutting back in distance, as these races tend to play more like a mile than five-furlong affairs.
If you are a horizontal player, invest in the Players’ Pick 5
Santa Anita Park has a takeout of 20% for their Daily Double pool and 23.68% for the Pick 3, Pick 4 and Pick 6 pools, but the Players’ Pick 5 that commences in Race 1 each day is appealing because of its low 14% takeout rate.
The wager also is fan friendly because it can be played in fifty-cent increments. It is not difficult to cover several horses in each race without spending a fortune.
It is by far by favorite way to play cards at Santa Anita Park and therefore attracts a large portion of my daily bankroll.
Do not try to get too creative in bottom level maiden claimers.
When I first started concentrating primarily on Santa Anita Park as a professional horseplayer, I used to try to get creative in the low level maiden races because most of the favorites look so poor on paper. However, I found out rather quickly this was not a good approach even though in most cases the top choices had failed to win several times at the level.
With much experience under my belt, I now suggest keying in on one or two of the favorites that are likely to be prominently placed early and searching for value elsewhere in horizontal sequences. These animals generally do not like to pass late at Santa Anita Park unless those on the lead totally stop.
Search for value and spread deeper in grass races
Data in 2015 and 2016 from races run at Santa Anita Park suggest that post-time favorites are less likely to win in turf races than dirt races.
In 2015, 31.3% of post-time favorites won races over the lawn, while slightly under 38% won dirt races. In 2016, the trend continued with 27.4% of post-time favorites winning turf races, while 35.9% were won by post-time favorites on the main track.
This makes it clear that in the long run a horseplayer at Santa Anita Park, much like many other venues, is better off searching for price plays in grass races and pointing towards more logical runners in those over the dirt. Obviously with favorites still only winning slightly over one-third of the races over the main track it is still wise to search for value, but the data over the past two years certainly carries some meaning with it.
Take note of the rails being out on the turf course.
Some turf courses are more affected by the rails being out on given days than others. At Santa Anita, like Del Mar, the rail being out to protect the inside of the course has a significant impact on the outcome of the event.
I recommend including this information in your daily trip notes because in most cases speed horses become much more dangerous when the rails are out and late runners are forced to make significantly wider moves.
If you keep track diligently over the extended meet, you are likely to find more than a few value options that had little chance with the rails out in his or her last start and appear a bit hopeless on paper. However, your notes will suggest to you that they will be in with a much greater chance the next time they race when the temporary rails are not in use.
Track biases
Santa Anita is often considered to have a speed favoring main track. There are certainly times this is true. Many point back to the 2013 Breeders’ Cup, but even the final few weeks of the 2016 fall meeting illustrate that it was a huge advantage to be within a few lengths of the lead before turning for home. However, this is not always the case. There are certainly days/weeks when the track plays fair or is conducive to late runners. Make sure to take good notes and not to jump to any conclusions before labeling the track as speed favoring. It could easily be the difference between winning and losing.
Posted by Cardinal Couple at 5:44 AM No comments:

Posted by Cardinal Couple at 9:28 AM No comments: