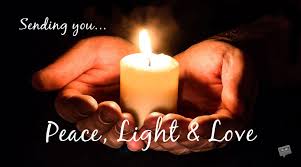 It is with deep regret and extreme sadness that we report our friend and fellow handicapper Scott Harris has passed away. He left us on Saturday morning. Arrangements are pending but we understand he'll probably be at Evergreen on Preston Highway.

Handicapping Heroes will not be the same without our friend. We will continue with Nashawn (Hollywood)..another good friend of Scott's...offering his selections here weekly and on the radio, along with Archie and I. May God accept Scott into his loving arms. His pain and suffering is over. We will miss our friend.

Scott was the one who came up with the idea for Handicapping Heroes. He was proud of what we and he did here and, even in the final days, was planning ahead for the site and talking with me about some of the things he wanted to do and explore when Churchill's September meet came along. He was an inspiration to me, Archie and many others with his battling, positive spirit and outlook on life.

He is survived by his wife Jamie, daughter Angel and a son.

The song clip below is for you, buddy:

There's A Place In The World For A Gambler


The Handicappers gave you a total six different race selections yesterday at Saratoga. I handicapped Races 8-11 and Archie did Races 10-13.

Archie had 16 runners compete for the money. Out of those, he had three winners and two shows. He picked the early Pick 3 in the sequence. That paid $979. He had a 25% in the money percentage. Archie ends up with 14 points.

Paulie also gave you 16 selections. He had three winners, a second and three thirds. That's a 43% "in the money" percentage. He also produced an exacta, trifecta and superfecta. Paulie takes the day's competition with 23 points.

If you had taken Paulie and Archie's picks and played the Pick 4 for races 8-11, you would have hit it for $2741. It would have cost you $80. That's a pretty nice return on investment.


First off, our deepest thoughts and sympathy go out to the family and friends of our Handicapper and friend Scotty Harris. Scotty is in hospice and pallative care and not expected to be with us much longer. Sometimes, words escape you and this is one of those times. I can only tell you that he was a good friend, great husband and father, intelligent handicapper and a joy and pleasure to be around.

Handicapping Heroes won't be the same...our lives won't be the same with Scott in our midst. I'll miss seeing him in the chair at the desk at Churchill and miss his smile, sly comments and sage advice. He'll be free from the pain, the suffering and the worry soon. I guess God needed a good handicapper to help him hit a few Pick 4's up there at Heavenly Downs and I can think of no one finer than Scott to assist him. I will miss my friend, but I will help to keep alive the great memories of him, the times we shared on the radio and in life and the things he did for me and all of us.

We have a challenging race sequence to handicap today with four Grade I races at "the Spa". Arch opted to do Races 10-13, I went with Race 8-11. Here's what we came up with.


Keep Scott in your thoughts and prayers and we hope his last few days are pain free and comfortable.


For a more detailed description and commentary on our picks, be sure to listen to HANDICAPPING HEROES Saturdays at noon on WCHQ 100.9 FM or at the WCHQ app.

Let's win some money today, honey, and leave the track with more money then we went in with.


paulie
xxxxx
Posted by Cardinal Couple at 4:11 AM No comments:

The Handicappers tried their luck at the Late Pick 4 at Saratoga yesterday and met with some racing luck. There were a more than normal amount of scratches in their selections, so in some races only two of their four picks ran. A soft turf was the culprit and since three of the races were on the turf courses at Saratoga, we saw a combined total of 17 horses scratch out of the four races in the sequence and the final (10th) race was moved to the dirt...

Here's how they did:


ARCHIE had four scratches in his sixteen horse total selections. Out of the 12 remaining runners, he got (1) winner, (3) seconds and (2) thirds. That's a 50% "in the money" effort and ARCHIE ENDS THE DAY WITH 11 TOTAL POINTS.

PAULIE also suffered four scratches in his picks. He saw 12 break from the gate also and produced (2) winners, (2) seconds and (2) thirds. Another 50% "in the money" here.. The key race for him was the ninth race..The Alabama...where he had the exacta, trifecta and superfecta. He had a little better day than Archie because of that race. PAULIE TAKES THE DAY WITH 21 POINTS.

You can listen to a replay of yesterday's HANDICAPPING HEROES Saturday broadcast at the link below:

Be sure to join us each Saturday at noon on WCHQ 100.9 FM for our broadcast and make a note to check the site here to see our picks on-line and, also, how we did. Ypu can also "listen live" at the WCHQ FM website and we encourage you to download the WCHQ app so you can take us and the staation with you wherever you go!

Posted by Cardinal Couple at 5:53 AM No comments:


The Handicappers head back to "the Spa" for this week's selections and study. A nice card there that offers a bit of everything...allowance, Grade 3, Grade 1 and claiming races in the sequence.

Let's get right in to it!


Be sure to catch our weekly broadcasts of HANDICAPPING HEROES each Saturday at noon
on WCHQ 100.9 FM. Go to the WCHQ website to listen live or download the WCHQ app!

Listen to the show at: https://soundcloud.com/chradio/handicapping-heroes-20180818

Leave the track with more money than you went in with and WIN THAT MONEY, honey!

Posted by Cardinal Couple at 7:15 PM No comments:

The Handicappers fired away at the Pick 4 that included the Arlington Million yesterday at Arlington Race Course (races 9-12) and had some nice successes in the sequence. Although they did not provide all the horses that won Pick 4 races, they got you off to a great start by giving you a 38-1 long shot (Carrack) who won the 9th. race and got you through the first three races of the Pick 4 with winners.

One of us probably should have given you Secret Message -- who won the 12th. race. If you tossed this one in and used it, congratulations....the Pick 4 returned a whopping $4380.00 on the .50 cent wager.

Here's how the Handicappers did:


PAULIE saw 14 of his 16 picks leave the gate (scratches in the 11th, unfortunately) and out of those runners...5 returned you money. That's a 36% "in the money" figure and 41% of the total payouts in the four races. He had but one winner, three place horses and a show. Add in a exacta also for ol' Cardinal Couple guy. PAULIE totals 12 points in the contest. Much room for improvement there.

ARCHIE had all 16 of his picks go down the stretch. Seven of his selections finished in the money. That's a 43% "in the money" number and 58% of the possible payouts. He was "en fuego" with three winners and four seconds. Chalk him up for three exactas and the early Pick 3 also. ARCHIE was much the best in yesterday's contest with an impressive 26 points.

As we draw closer to live racing in September at Churchill Downs and Kentucky Downs, we're considering a couple of additions to the Handicapping Heroes crew. We'll keep you up on that and the progress there.

Posted by Cardinal Couple at 5:23 AM No comments:

The handicapper move their action to the home of the Cubs, Bears, White Sox and handicapper Archie Karel to take on a very challenging late Pick 4 at Chicago's Arlington Race Course.

All turf races today and the biggest card of the year for the Chicago track. A very challenging sequence but we've studied the races and we're prepared to give you some very good selections. Here we go!


Be sure to catch the live broadcast of HANDICAPPING HEROES Saturdays at noon on WCHQ 100.9 FM. Or listen at the website www.wchqfm.com. Download the WCHQ app and listen from your phone if you're on the go.

GOOD LUCK TODAY and remember our prime directives....Win some money honey today so you can leave with more money than you came in with!

Posted by Cardinal Couple at 5:31 AM No comments:


The Handicappers picks were cut in half when Saratoga Race officials decided to not run on the turf Courses in the final two races on Saturday's card and postpone them for a more favorable racing day.  A wise decision, since the rains in that area of New York had the turf course in deplorable condition. Those two races will be run next week, according to track management. Safety first, right?

So, we'll watch for those. There was a lengthy delay between races 8 & 9 because of another storm in the area with lightning.  Here's how the Handicappers did.

All eight of PAULIE'S runners broke from the gate in races 8 & 9. Out of them, he had two seconds and a win. He also hit the exacta in the ninth. A 37.5% "in the money" percentage and 50% of the possible pays. PAULIE turns in 9 points.

ARCHIE did well with the two races we handicapped, hitting the winners and place horses in each. That's a 50% "in the money" success race and 66% of the possible payouts. He also took both exactas. ARCHIE takes the most points with a nice 14 points total.

We'll see how our picks in races 10 and 11 turn out  and who the overall winner is when these races are officially run.

Posted by Cardinal Couple at 8:10 AM No comments:


The Handicappers have quite a challenge in front of them today as they head back
to Saratoga to take on a VERY challenging Late Pick 4. Two Grade I's, a Grade III and
a challenging $100,00 stakes race on the docket.

Rain, rain....go away. These pick were made for a fast track and firm turf. If the weather gets messy, the accuracy here might be a bit off.

I did talk with Scott Harris' wife Jamie last evening. He won't be with us today here at the site or on the HANDICAPPING HEROES Radio Show. He's had another setback (He can't catch a break, it seems). In the hospital for a medical procedure, he fell in his room and may have cracked a few ribs.

Keep him in your
positive thoughts and prayers!


Be sure to catch the HANDICAPPING HEROES radio broadcast on Saturdays at noon on WCHQ 100.9 FM. Download the WCHQ app or listen live at the WCHQ website!

Good luck today! Let's make some money, honey and remember our objective...to leave the place with more money than we went in with!

Posted by Cardinal Couple at 4:05 AM No comments: