Louisville is American bound in some sports for a year. One of them is women's basketball and I'll
be frank, here. I'm going to miss some of the coaches that are remaining behind in the BIG EAST.

I'll start with Doug Bruno, skipper of the DePaul WBB team. One of the best, post-game press conferences I've ever attended with an opposing coach came from "the Dougie" after Louisville
side-swiped his Blue Demons in the KFC YUM! Center during the 2012-13 basketball season. 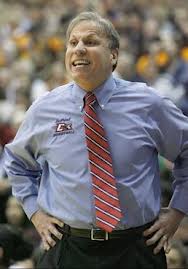 He had every right to be surly, non-committal and terse...but Dougie unleashed a 17 minute oratory on basketball, conference re-alignment, life, philosophy and Chicago taverns. Sonja and I were ready to stand and give the man an ovation...Jeff Walz was ready to take the podium, though, so we let the DePaul legend walk out without a proper tribute.

Bruno is a master of word-scripting, drawing parallels and baring his soul. We'd love to see Louisville manage to get DePaul on the non-conference slate down the road. In any event, we'll be listening Herr Bruno. Keep rockin' the institutional dress shirts, Coach. Shawshank Redemption!

Another coach I'll miss is Harry Peretta from Villanova. Not so much for his post game recaps, but for his on-court antics. Harry looks like a harried floor manager at a discount department store trying to deal with a Black Friday early bird crowd. He starts nattily attired during the pre-game warmup...dress coat on, tie in place and shirt tucked in. By halftime, the coat is off, the tie askew and the shirt untucked and drenched in sweat. He keeps a constant pace in front of the bench, coaching his players, questioning the referees and displaying a series of looks, postures and emotions that qualify his for an Oscar trophy.

Harry does it the right way with his kids and has done so for well over 30 years as the Wildcat head honcho. Always disciplined, structured and in sync, his teams are models of efficiency and production. And Harry always puts on a good show. Another matchup I'd love to see in the non-conference slate.

Finally, there is C. Vivian Stringer. The gran dame of Rutgers basketball is the epitome of class and conviviality off the court. During games, she is a fierce and spirited competitor...but in pre and post game settings she is "friendly Aunt Viv" with a smiling greeting and kind words for fellow coaches, opposing players, fans and media. 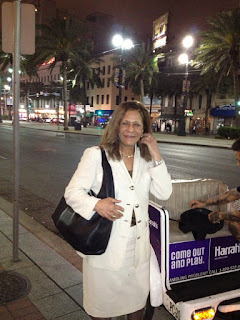 I sincerely hope that Julie Hermann allows her to set her own course as the Scarlet Knights skipper and determine when she is ready to leave te game she has given so much to. If Julie is the "builder" she claims to be, she surely realizes that there are some historic structures and treasures that you don't tinker with and leave in their natural states and conditions.

Others? Sure. Terri Mitchell (Marquette) and the boisterous "I thought I went first" tirade in the post-game presser in the KFC YUM! Center a couple of seasons ago. Geno, who we'll get one more year with before we skate to the ACC.

We'll also be re-uniting with some great coaches in the ACC. My favorite, "the Q"...Quentin Hillsman and his Temptations /Las Vegas Show Revue he performs nightly as the Syracuse head poobah. The Muffet McGraw "squat" and those quizzical looks and stares she displays as Notre Dame's boss basketballer.

Is it hoops season yet?