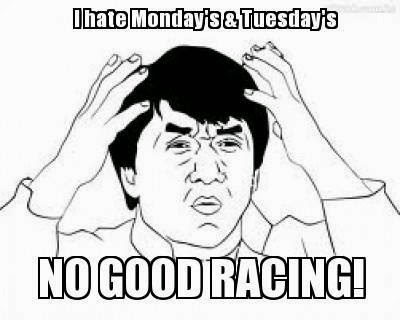 The Friday edition of the 2014 Breeders' Cup offers four very challenging races. Nevertheless, Paulie has run the numbers and has his selections for you. Sonja has opted out this year for Friday...she'll come up with a few Saturday Selections, however. 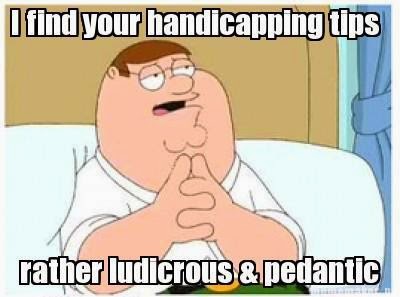 A very tough race with a bunch of babies involved. After careful scrutiny, I've come up with my picks. I'm taking Hootenanny as my top pick...but would not be overly surprised if Imperia, Conquest Typhoon or Akfabantay get to the winner's circle. I'll box the four in an exacta and trifecta and also include them in any Pick 3 or 4 wagering I attempt. Hootenanny will get an across the board bet, too.

( Post race analysis...Well, we called it correctly. Hootenanny charging strongly to win at the wire. Akfabantay scratched and we passed on the exotics because of that. We're still alive in the Pick 3 and 4, though...and got a solid price across the board on Hootenanny at $14.00   $7.80 and $5.60. The Brits are 1 for 1. ) 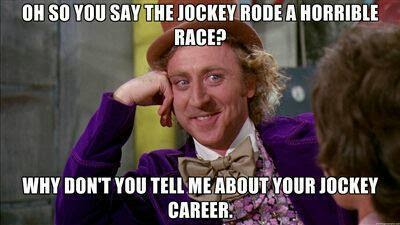 Goldencents absolutely loves Santa Anita and is my top selection here. I'm also going with Golden Ticket, Pants On Fire and Tapiture for the gimmicks. I've always loved Tapiture since the 2 yr. old campaign and he'll get an across the board wager along with Goldencents. These two will also be in any multi-race wagers.

( Post race analysis...Goldencents took them wire to wire...holding off Tapiture. We're alive in the Pick 3 and 4 and got a profit in our across the board wagers. The exacta was disappointing though..we lost a few dollars and the trifecta didn't happen. ) 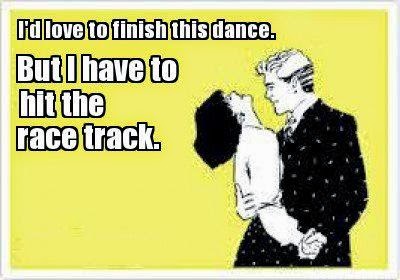 Another hard-to-handicap affair...but Sunset Glow is the horse to beat...in my opinion. We'll toss in Lady Eli, Quality and Lady Zuzu for exacta and trifecta consideration and put all four in the mix for the Pick 3 and 4. Sunset Glow will get an across the board nod, too. 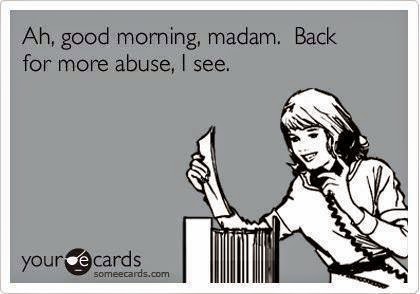 I'll be chasing a probable price here with Ria Antonia. Underneath we'll structure my second choice Untapable along with Close Hatches and Don't Tell Sophia. This one promises to be a great race and if Ria Antonia can unleash that powerful run of hers late...my across the board on her should be a nice profit. Untapable will join her in my multi-pick race wagers. After all...she's undeniable, unquestioned, unbeatable and Untapable...

Untapable wins. Our Ria Antonia ran a hard pressed fourth. Give us the Pick 4...a modest payout though at $78.85 and we caught that twice...and the exacta was ours also. We failed on the trifecta again and may have to adjust trifecta strategy for tomorrow. A late superfecta that cost us $9 yielded over $60. )

Here's a recap of the Twin Spires wagering for the day. We did a little better than what you'll see below...with our on-site wagers at Churchill.

Good luck, wager responsibly and come back tomorrow for a look at the Saturday Breeders' Cup picks.

Posted by Cardinal Couple at 10:21 AM No comments:

OK...I realize that i haven't been over to my personal website in awhile to comment and pontificate.


Literally. You should have one once you reach 50. Men AND women. The day of preparation for a colonoscopy procedure is living hell. I recently had one. You make no plans for that prep day, you do not venture far from the "loo" and you drink tons of water and Gatorade...just to surrender it all back in a most egregious and stinking fashion.

Compounded to the misery of "let's roll to the bowl" syndrome...my right IT tendon has been acting up again...which slowed me down in terms of making the brisk walk to make a deposit.

I have found a alternative solution to the act of colon cleansing. Have four White Castles, an order of Onion rings and six spicy buffalo wings. Same result, for me, next morning, as taking the prep medication.

The procedure itself was a snap...compared to the pre-game. My doctor, however, jumped my frame and said that I had polyps. They were tested, they were benign...but there were enough of them for him to insist I come back in for a visit next year. There's also a tear in my colon wall. That's being dealt with much faster.

I had the chance to talk "shop" about colonoscopies with a friend at 80 Under 80 before the Saturday football game against NC State. I have no idea how we got on the subject...maybe it was because I was bar-tending and that's a real shitty job at the club....but he relayed his experiences of the multiple ones he had and how he almost died from colon cancer.

Go get it checked out, kids.

End of the Dr. Paul segment.

One of the hardest things for me to do over at my other site...CARDINAL COUPLE...is ask readers and listeners for donations. When I set the site up several years back...the intent was to provide an independent website for UofL women's athletics. As a 501 C non-profit.

The site is going well and the readership increases every month...but the monthly costs associated with doing it effectively have been a drain on our personal finances. We tried advertising as a way to create income. It failed. Being a veteran of the advertising game, I know full well the reluctance of businesses to spend money on advertising. The pressures and demands of advertisers in exchange for accepting money from them is something I hated dealing with.

So, we go with the donation aspect.

We do it as a break-even, cover costs scenario. I recently outlined to a reader the monthly costs involved in maintaining the site on a monthly basis. Most months, we are "in the red" and the funds still come out of my pocket. We recently ran a sponsor campaign to create income over at CARDINAL COUPLE and it gleaned enough gratefully appreciated contributions to give us a four-month "cushion" to pay the bills.

I dream of one well-backed financier coming to me someday...laying down a couple of thousand dollars and saying..."I hope this helps."

I haven't run across that individual yet.

It's the guys and gals who drop us a $20, or buy t-shirts that sustain us. I'm sure people get tired of seeing me plead for money over at CARDINAL COUPLE. I don't enjoy doing it. But, we keep in mind that we want to provide the best coverage we can as an independent website for UofL women's sports and rest assured that the monies we receive go to keep that mission statement and dream alive.

Consider helping us out.

Posted by Cardinal Couple at 5:51 AM No comments: