Many years ago in the land of BIG BLUE basketball, a young coach from Texas A&M came in and took over the program. Cats fans love him immediately. He had defeated Louisville in the NCAA Tournament a few weeks before and Tubby Smith, the doomed replacement of Rick Pitino, was finally outta Lexington. 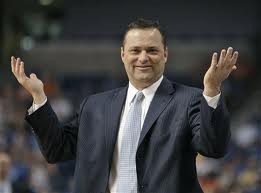 Turns out that UK fans didn't know how well they had it with Tubby.

Billy G. eventually resurfaced in the Lone Star State and continued being an idiot. Now that he's hospitalized
with a stroke/heart attack/not sure....allegations are flying faster than a roadrunner down a dusty Texas road.

All class, BCG...all class. See the link and join the BCG Hate Club with me after reading it.

Coaches are constantly in the hot seat and under public view and scrutiny, I get it. They don't have to be idiots and jerks, though.