We do apologize the our radio show HANDICAPPING HEROES did not make the airwaves until 12:30 yesterday. The Crescent Hill Easter Parade got off to a late start and Crescent Hill Radio decided to extend live coverage of the event  past what they originally planned to. So, basically it was out of our control. We do have the broadcast linked up further down into today's article.

Let's see how the guys did:


PAULIE offered 20 horses to consider. Out of those he had 10 hit the board. Four winners, three seconds and three thirds. He also provided two exactas and two trifectas. Unfortunately, his best bet of the day, value play and top jockey of the sequence did not come through. He ends with 31 points.


SCOTT also put forth 20 runners that made the gate. 11 of those made him money. Three winners, four seconds and four thirds. Scott predicted two exactas and two trifectas. His value play and jockey for the sequence did not win but his best bet of the day (Lady Aurelia) did win convincingly. Scott finished the day with 41 points

ARCHIE provided 20 horses that he thought rated a chance. 10 of those came through. Four winners, four seconds and two shows on the day.

He provided three exactas and two trifectas. His best bet and value play of the sequence were unsuccessful but his top jockey (John Velazquez) did score a win for him.

Give Archie 43 points and a narrow win for the day.

REPLAYS OF RACES BELOW

Archie maintains his lead and now has 239 points. Scott pursues in second with 217. Paulie trails both with 199.


IF YOU MISSED YESTERDAY'S BROADCAST BECAUSE OF THE CHANGED TIME...HERE IS A LINK WHERE YOU CAN HEAR IT IN IT'S ENTIRETY:


HAPPY EASTER TO ALL OUR READERS AND LISTENERS! 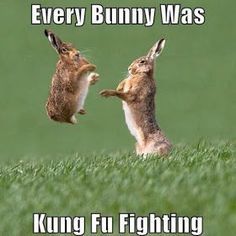 Posted by Cardinal Couple at 6:21 AM